Oenologist, graduated with a doctorate in Industry of Sciences and Wine, Honorary Director General of the Suze la Rousse University of Wine in the Southern Rhône Valley, Patrick Galant has been a precious adviser for more than 40 years for Le Domaine de La Présidente. He carried this mission until 2008 and succeeded René Aubert after he died. He was also a close friend of Max Aubert.

As a farmer, curious and passionate, he expanded his viticulture and oenology to many regions (Chili, Greece, Italy, Portugal...) putting into place the notion of soils by improving techniques. He published several books and he is now the leader of “La Commanderie des Côtes du Rhône” as “the Grand Maître” of the establishment.

Patrick Galant gave his name to these exceptional wines which he followed up all along the wine process. 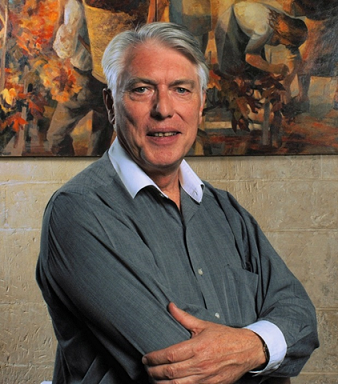